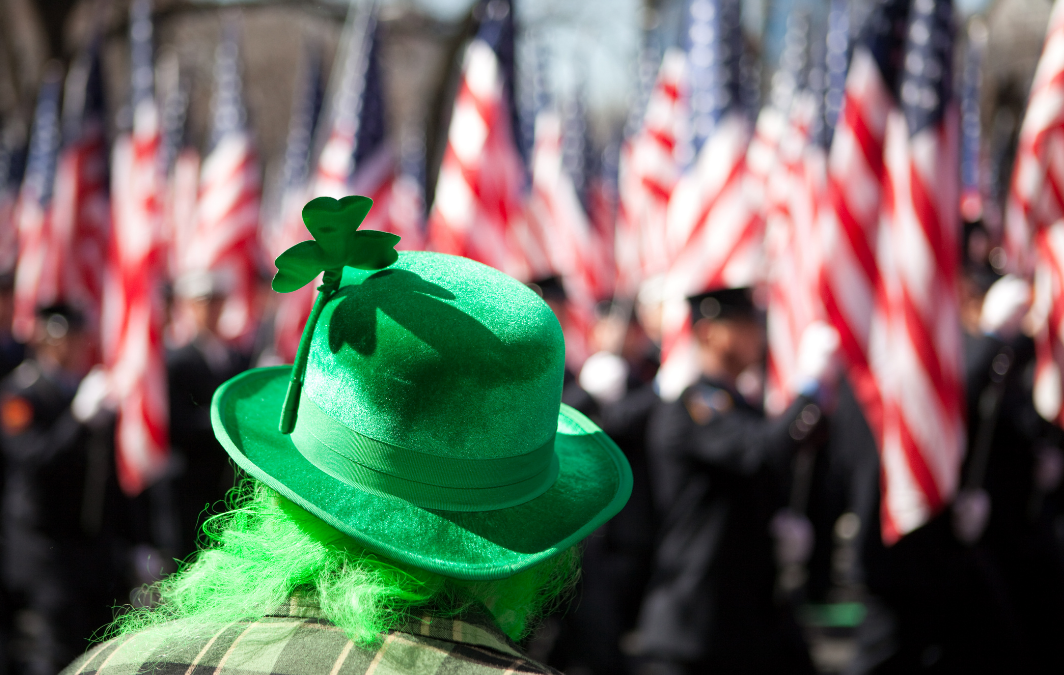 The 1st annual St. Patrick’s Day Parade with about a dozen Irish-Americans walking through the streets of downtown Raleigh interaction with different local businesses and merchants. The parade was initially organized by two individuals, Gail Massari and John McIntyre with hopes for growth. In 1988 John was supposed to leave for Germany and they asked the FOI, Raleigh’s Friends of Ireland, to take over the work they had been doing. The FOI agreed to take over and then the parade continued to grow and improve. The parade had gotten so popular over the years that just 12 years after the start of the annual parade, people from local Irish organizations got together and created an independent Raleigh St. Patrick’s Day committee that has been running the show ever since.

The city of Raleigh is approaching this year’s parade with great anticipation after being canceled the last two years due to the ongoing pandemic. This year’s parade is planned for Saturday, March 12th starting at 10:00am. The parade will begin at Lane and Wilmington Street, heads south on Wilmington, turns right on East Morgan Street, then takes a left on Fayetteville street, another right on West Davie street, makes a left on Salisbury street, and finishes at Lenoir Street. This year’s event will include a parade filled with some of the best floats, classic Irish performances, and live music!! Due to the current pandemic, there will be no festival activities this year, just a parade.  Grab your family and friends, and take a trip to downtown Raleigh March for an unforgettable experience!

For updates on parking and road closures, you can stay up to date on all that is happening at this year’s St. Patrick’s Day Parade here!