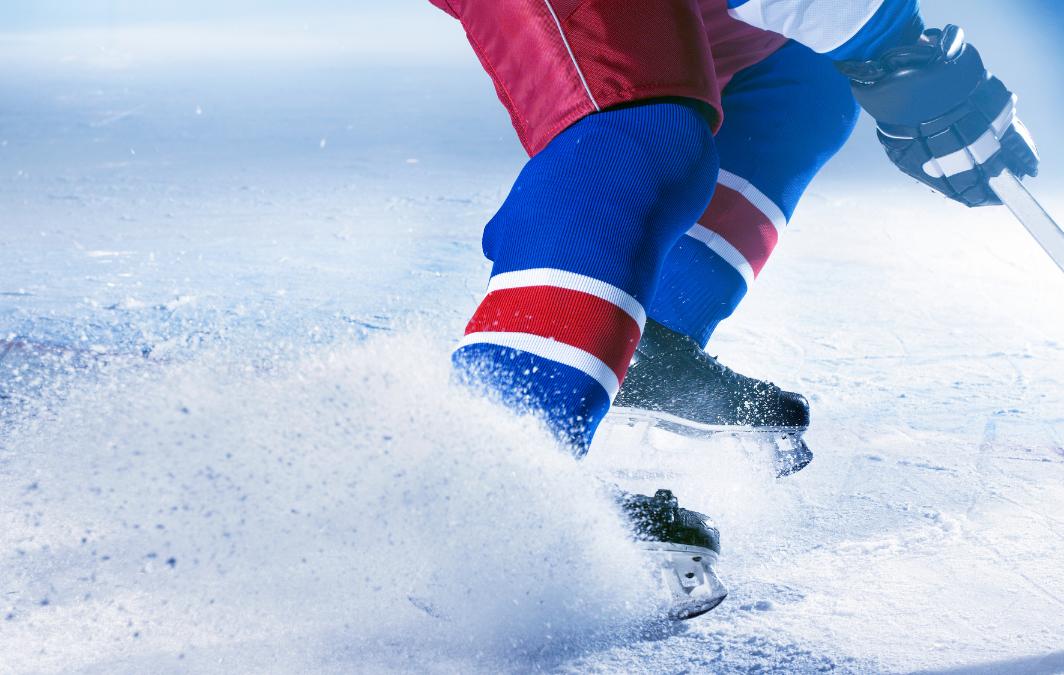 Hockey is BACK in Raleigh, but it’s looking a little different this season. The COVID-19 pandemic put a halt to the NHL season and caused a delay in the season for over 5 months causing the end of the 2019-2020 season to look a little different. With many restrictions and regulations, hockey is back in 2021 and we have a chance to watch the Carolina Hurricanes battle for the Stanley Cup this season!

In 1997, the formerly known Hartford Whalers packed up and headed south to bring professional hockey to North Carolina, forming the team we now know as the Carolina Hurricanes. Despite challenges faced throughout their time in Carolina the Hurricanes have flourished! Not only did they bring the Stanley Cup home in 2006, but they are one of the prime reasons why youth hockey is so prevalent in the triangle area and now starting to grow all across the state.

After the team hit a rough patch for a few years with struggles to hold a winning streak and making an appearance in the playoffs, things started to look up for the Canes when they went 46-29-7 clocking in 99 points to clinch a spot in the playoffs in 2018 for the first time since 2009! They showed continued resilience making it all the way to the conference finals before losing to the Boston Bruins for a chance to play for the cup. The beginning of the 2019-2020 season was looking bright for this young team as well, starting off relatively strong, but unfortunately the Corona Virus interrupted the NHL season causing the league to put a halt to games until they could figure out the best and safest way to finish off the remainder of the season.

August 1st, 2020 was the day marked on the calendar for the NHL season to resume. In order to keep everyone safe and healthy while trying to contain the spread of COVID, the NHL established two hub cities or “bubbles” where 12 teams from each conference were selected to play in a qualifying round for a chance to enter the playoffs and compete for the Stanley Cup. The Eastern Conference, which includes the Carolina Hurricanes, were playing in Toronto, Ontario in Canada, and the Western Conference Teams were playing in Edmonton, Alberta in Canada. This minimized travel and risk of exposure to the virus. In the qualifying round, the Carolina Hurricanes quickly sweeped the New York Rangers winning 3 straight games in a best of 5 series, but unfortunately went home in the first round after losing the series to the Boston Bruins.

The next date to look out for was January 13, 2021, the start of the 2021 NHL season. While the NHL season usually starts in October, the league pushed it to January to give a break from the playoffs and get their scheduling, protocols, and restrictions in line to ensure a safe season. This is surely a season of new for the Carolina Hurricanes. Not only do they have a new travel and game schedule, new faces to the team, and a new division BUT they also have started training at their new practice facility at the Wake Competition Center in Morrisville.

The NHL schedule and divisions for the 2021 season is looking very different due to the implications of the Corona Virus Pandemic. To limit border crossing, the league placed all Canadian teams in the North division and will play each other about 9-10 times. The East, West, and Central division will play every other team around 8 times. The Carolina Hurricanes, formerly of the Metropolitan Division, will be playing in the Eastern Division including teams such as the Dallas Stars, 2020 Stanley Cup Runner Up, and Tampa Bay Lightning, 2020 Stanley Cup Champions. Each team plays a 56 game schedule in these new divisions to limit the amount of travel.

To keep the spread of the Corona Virus under control, there are no fans allowed in the arenas for games. The Hurricanes get frequent rapid testing done and are socially distanced in the locker rooms. However, the Hurricanes hit a road-block when multiple players on the team tested positive for COVID-19 not so long after their season started. This put a halt to their schedule delaying games scheduled for the season, but fortunately they were able to hit-the-ice a week after the positive testings resulting in a scarce roster.

COVID-19 does not seem to be stopping the Carolina Hurricanes from dominating their opponents on the ice. So far, the Hurricanes are having a strong start to their season despite the adversity they have faced currently holding a 5-1 record. This new season may look different, but it is also looking very promising for our beloved hometown team!

You can tune in to watch the games on FOX Sports Carolina or NBCSN.