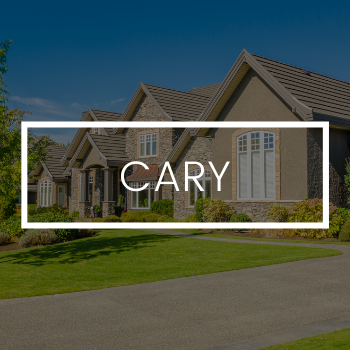 Only 30 years ago, Cary was a small, unassuming Southern town with a population of 21,000. The amazing growth of the Research Triangle Park, accompanied by the influx of newcomers exploded Cary’s population today to 163,200! And the population expansion is exactly what would be expected of this unique community. Two-thirds of the adult citizenry hold college degrees, while Cary has one of the highest household income levels in North Carolina.

Cary began in 1750 as a settlement called Bradford’s Ordinary. About 100 years later, the railroad arrived and not long afterward, the community was incorporated as Cary. Beginning in 1980, the Research Triangle Park brought tremendous growth to the area. Cary has become the largest town in North Carolina, surging beyond its expansion identity as a mere “bedroom community”, not to a vibrant municipality all on its own.