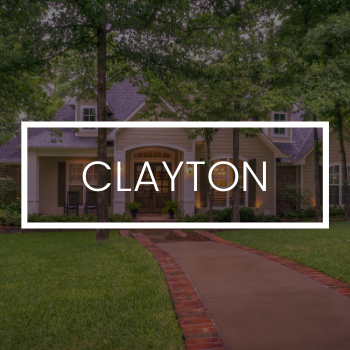 The town of Clayton today is on a positive, upward swing! The population is over 20,000, up from 16m000 at the 2010 Census. But that’s the way Clayton has grown-in surges, following periods of quiet stability.

In its early years, Clayton was mainly a community of quiet farmwife until 1870, when the railroad arrived. Clayton was incorporated as a town in 1869, and began to grow and flourish. Railroad lines were extended, businesses took notice and together, successful farming and merchandising operations took off.

The once booming cotton and tobacco industries struggled in the 1960s. Clayton fell from being one of the most prosperous communities in the area-to a town in trouble. But not for long!

Fortunately, the 1970s industrial and technological upsurge buoyed Clayton, sparking a rebound. By 1990, the population had grown to 4,756. The nearby Research Triangle Park grow and needs more workers and Clayton delivered. Clayton’s easy access means more residents arrived, swelling the population to more than 20, 200 in 2018, making it the largest town in Johnston County today.