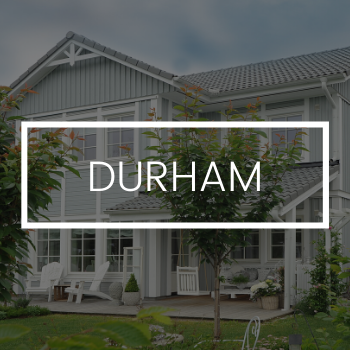 Durham is the second largest city in the Research Triangle Region, and fourth largest in the state. Funky and friendly, enterprising and artistic, Durham is a unique combination of cultures, high quality of life, academic heights, sports excellence…and fun. LOTS of fun!

The exciting city of today is actually quite new, emerging from a recent cocoon of a tobacco-checkered past and now soaring on new gossamer wings of science, arts, and invention. Like an intensity chameleon, the City of Durham has undergone a progressive series of character transformations. Once called “Bull City”, a world leader in tobacco, Durham morphed into the “Diet Capitol of the World”. That has all been replaced by today’s “The City of Medicine”.

Home to world-renowned Duke University, Durham is the second largest city in the Research triangle Region, and fourth largest in the state. Durham is considered one of the most diverse cities in the nation, as youthful scientists conduct research, entrepreneurs flock for invention and artists create. Both hip and savvy, Bully City has a young and expectant vibe that has garnered many national awards and recognition as one of the best places in the country to live.