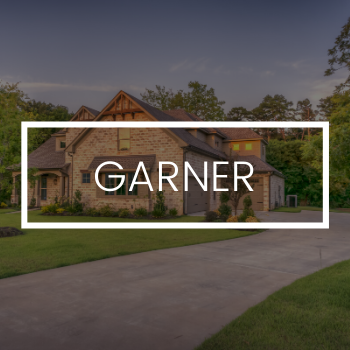 Like many southern towns, Garner was born from the railroad in 1847, when the location was selected as North Carolina Railroad station between Goldsboro and Charlotte. The community began as a post office in 1878 and within five years, “Garners Station” was incorporated. In 1905, the town’s name was changed to simply Garner.

Garner has always been a prime location. Several major roads and highways make traveling to and from Garner very easy. Instate-40, US-70, US-401, and NC-50 all help make Garner such a convenient spot for business sand residences. The population has rapidly increased. Between 1970 and 1980, the population exploded by 104% and more recently, between 2000 and 2016, it jumped from 17,757 to almost 28,000.

Today, the historic downtown Garner still faces the railroad which gave it birth, and in memory, a single red caboose stands sentinel to the town’s beginnings. The downtown district is replete with many historic homes site don National Register of Historic Places.